What is MRF Visual Field Test?

Melbourne Rapid Fields (MRF) Visual Field Test is a ground-breaking series of software applications developed for full visual function and perimeter testing on Apple iPads (generation 3/4 and later) and online on laptop and desktop PC screens via cloud. Usually these tests are carried out on standard medical equipment which is large, space-occupying and expensive. MRF technology is highly accurate to use as a first level of diagnosis where visual field machine is not available or even more frequent monitoring of the visual function as tests on standard equipment can be expensive. 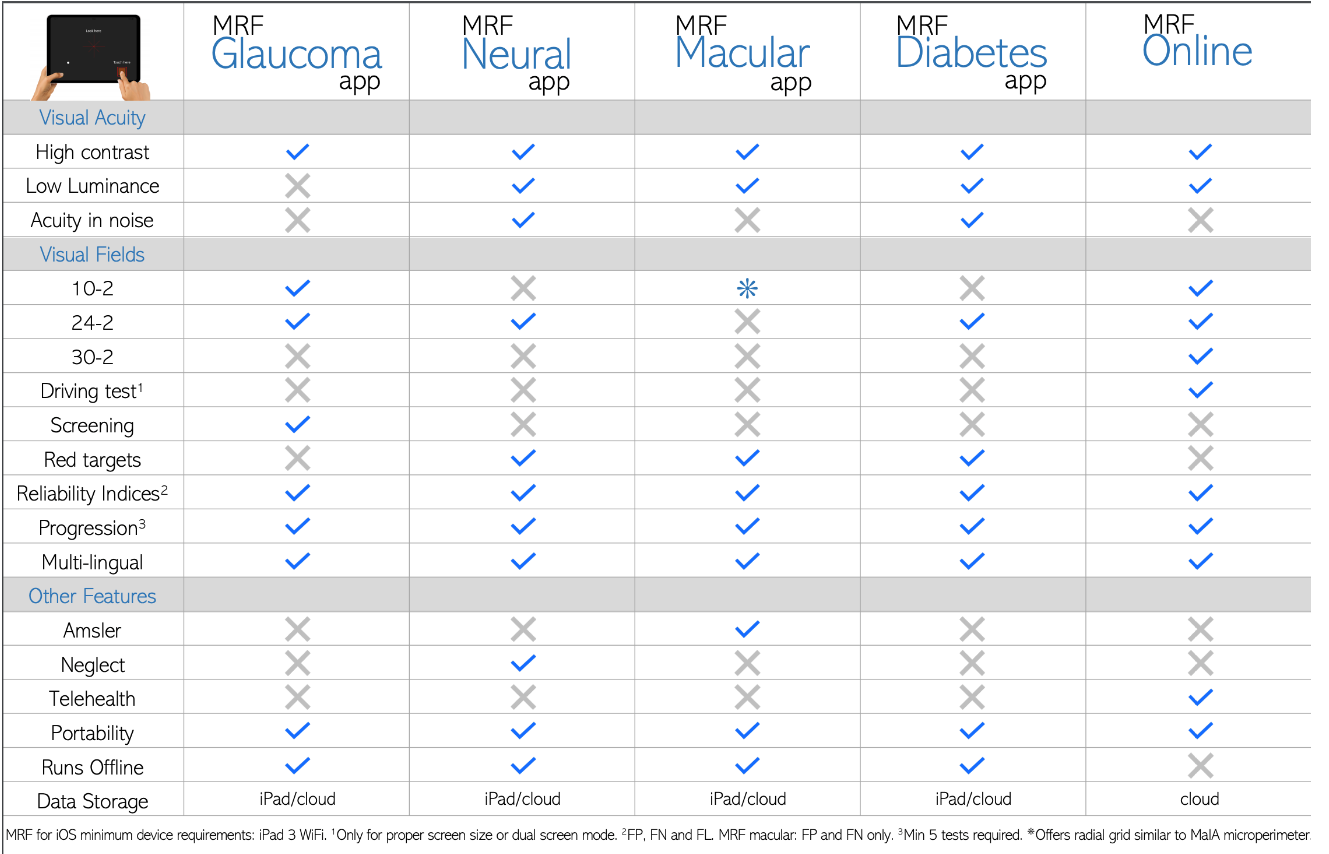 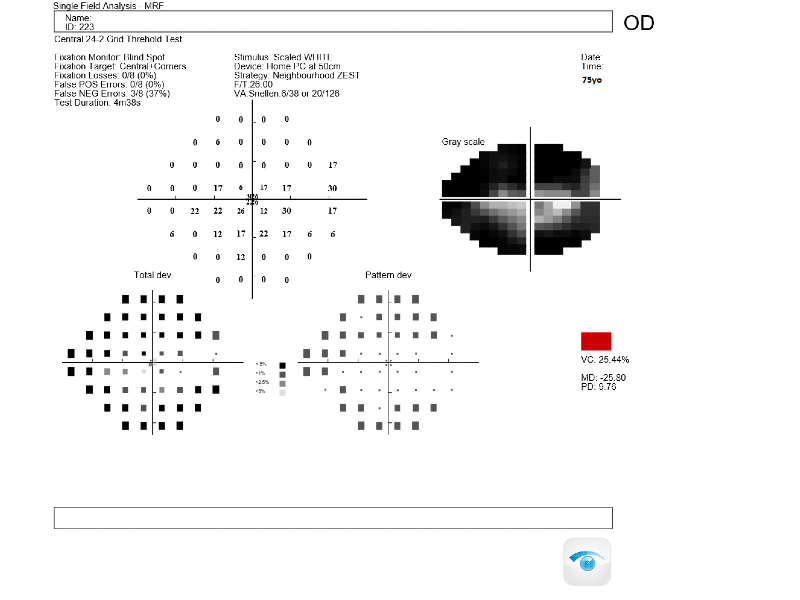 MRF is meticulously designed to perform vision and visual field testing on PC screens OR portable tablet devices for the purpose of:

Please watch below videos to get more idea on the technology